This case concerned an appeal against conviction brought by Darren Gates. The appellant had been convicted in the Crown Court of conspiracy to supply drugs of Class A (cocaine). The appeal concerned so-called ‘open’ and ‘closed’ conspiracies and the extent to which a defendant could be convicted in circumstances where his co-conspirators were unknown.

In summary, the appellant had been charged, alongside other named defendants, with conspiring to supply Class A drugs ‘together with others unknown’. At trial, the appellant was the other defendant to be found guilty by the jury; three conspirators had previously pleaded guilty prior to trial; five defendants were found not guilty by the jury; and the jury were unable to reach a verdict in respect of two other defendants. In totality, therefore, the appellant claimed that ‘the effect that the appellant was guilty of conspiracy, was illogical and inconsistent, and should be set aside’ (at [5]). The Crown’s case was that this was an open conspiracy (ie one in which the appellant conspired with named co-defendants and/or with persons unknown), and that the jury must have returned their verdict on the basis that he had conspired with persons unknown (which they were entitled to do).

Providing the sole judgment of the Court, Green LJ dismissed the appeal with relative swiftness (at [28]). His Lordship would approve of the approach adopted by the prosecution and would affirm that (at [29]):

This, it was ruled, was the basis upon which the case for the prosecution was presented from the outset. His Lordship proceeded to quote at length the summing up of the trial judge, who directed the jury that the appellant must have conspired (at [31]) ‘with at least one other defendant or person unknown’ (original emphasis).

Lord Justice Green quickly thereafter disposed of the appeal. By way of postscript, his Lordship identified that the evidence against the appellant was such that (at [35]) ‘a jury could be sure that the appellant conspired with “someone”’ (original emphasis).

The appeal was thus dismissed, and the appellant’s conviction was safe.

Gates is a welcome addition to the case law concerning conspiracies, and where parties to that conspiracy are acquitted. This case is slightly different from the likes of DPP v Shannon [1975] AC 717 or the principles underlying s 5(8) of the Criminal Law Act (CLA) 1977 (acquittal of co-defendants not a ground for appealing conviction unless the conviction is inconsistent with the acquittal or other defendants). This case dealt with the relatively common circumstance in which the defendant may have conspired with persons unknown to the court (in the sense that these individuals have not been brought before the court with criminal charges against them). There is no requirement in the law that co-conspirators are identified; it is simply the case that the jury must be sure that a defendant ‘agrees with any other person or persons’ (CLA 1977), s 1(1)). Lord Justice Green makes this final point with certainty: the jury must simply be sure that the defendant conspired with someone. 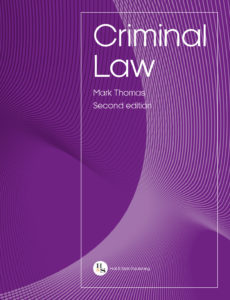